First, apologies for the hiatus last week. I am now back on track.
As most people, you must have been following the US elections primaries, especially the Republicans’ race, with Donald Trump defying all the earlier forecasts. Mr Trump mentioned repeatedly that he will bring his business acumen to run better the country. Four years ago, Republican candidate Mitt Romney (a founder of private-equity group Bain Capital) also promoted the same idea. It therefore interested me to check whether businessmen ran countries better.

Pros?
At first glance, a successful entrepreneur or CEO of a multinational seems equipped for running a country. They understand economics – they know the impact of labour laws, trade deals, infrastructure, regulations on business. They master managing teams of people – if they are great managers, they will surround themselves from smart people. They also are used to make tough decision – closing a plant, shedding jobs, buying a rival, risking money on a new venture.

They need to oil their message

Donald’s nephews
The US have actually had several examples of entrepreneurs/businessmen running the country. One is not too old: Jimmy Carter (1977-1981). Mr Carter was raised in a poor family in Georgia, spent his childhood in social housing (the only US president ever in this case). His education was completed at the Naval Academy in nuclear submarines after which he took over his father’s derelict farm. He had become a peanuts farmer. He actually did very well, multiplying production and profits. He then entered politics and was an efficient governor, merging agencies, saving costs (good farmer thinking) by being the first person to trust zero-based budgeting (a budgetary process in which every year, each line of spending has to be approved from scratch and justified, often accompanied by a reduction of that spending). A few years later, Anheuser-Bush Inbev used ZBB as an edge to become the biggest beer company in the world.

Jimmy Carter was unlucky that his terms coincided with a deep economic crisis. A lot of his deregulation policies have benefited the man on the street in the US, unbeknownst to them: in 1978, the US deregulated the airline industry, creating the leisure airline market while in 1979, the US authorised craft breweries, that some of you must enjoy today!

As it was called before Air Force One

Run the country like your business?
There have been a few other examples in the US of successful businessmen leading the country: Abraham Lincoln had a general store and ran a law practice (he even patented a product!). Warren Harding (1921-1923) was a successful newspaper magnate and ran the country during the boom years of the early 1920’s. George HW Bush (the dad) was a relatively successful oilman (although quite “helped” by local connections). These examples cannot hide some terrible failures. George W Bush (2001-2009) presided over the Great Recession. He previously made 15x his money buying and selling the Texas Rangers sport franchise.

The worst example is Herbert Hoover (1929-1933). A successful mining entrepreneur (among the pioneers mining for ore in Russia – he was not the inventor of the vacuum cleaner), he famously said: “If a man has not made a million dollars by the time he is forty, he is not worth much”. His ascent in politics was through being the Commerce secretary where his work centered on eliminating waste and increasing efficiency in business and industry. He promoted international trade by opening overseas offices to advise businessmen. As the Great Depression struck, he struggled to combat the slump and ended up raising trade barriers and taxes – what a change of heart!

What about foreigners?
Current examples are rare. Finland is run by a tech entrepreneur – Juha Sipila. Finland is struggling to escape recessionary times and Mr Sipila has had to enter a coalition with nationalists True Finns to continue as Prime Minister. Not as exciting as his corporate career.
In Chile, Sebastián Piñera, president between 2010-2014, built a fortune in TV, credit cards, an airline and the ColoColo football club. During his presidency, a Richter 9 earthquake struck, fires destroyed the wild forest and a volcano erupted. Mr Piñera is now associated with bad luck in Chile.
Finally, there is one entrepreneur in an European country, who started in the construction industry before branching to advertising and then media, who was seen as the saviour of domestic politics given the low level existing at the time. He failed to make as much an impact on the country as he did in his businesses or in the tabloid press. 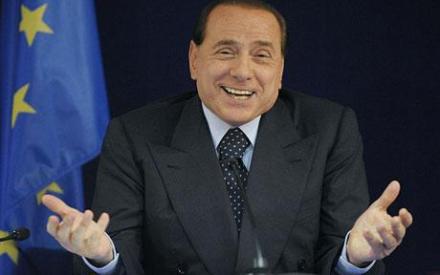 To conclude this week, business acumen is not enough and sometimes may not even be useful. We will see next week that a lot of successful leaders in thriving countries have common skillsets, life experiences, education backgrounds and the composition of their staff is not a random affair. Also, by next week, we should have more indication whether Mr Trump will still benefit from enough momentum to become the Republican nominee.

Hello, I am an investment professional and passionate writer about any topics dealing with current news. My blog was born at a previous finance firm, where I was writing a weekly email to my fellow colleague to educate them on financial topics. As I was sending it on Fridays, I wanted something light-hearted and as more and more colleagues requested to be on the list, I just thought I would share it with more people via a blog. My aim is to get people who are not familiar with finance-driven news to be able able to grasp the current issues through a relaxed and short story. Do not hesitate to comment or "order" some topics. I look forward to exchanging with you.